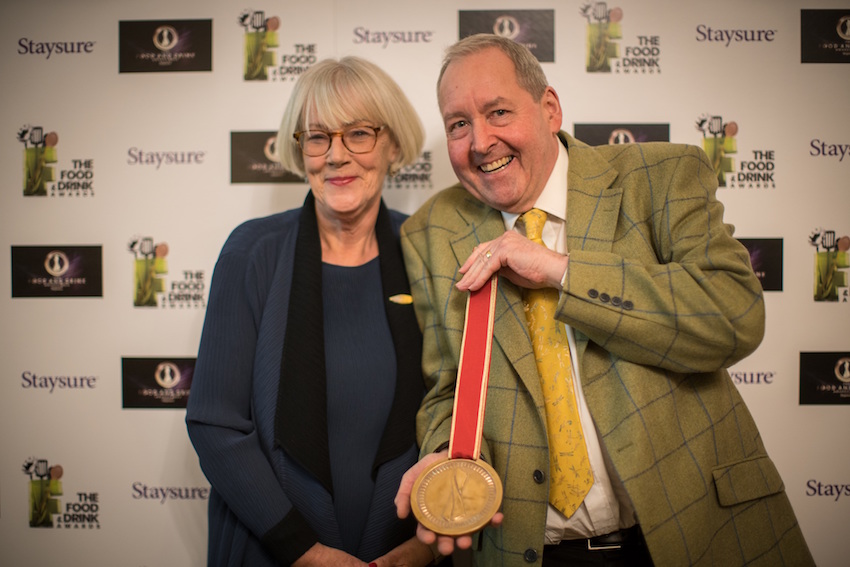 It’s celebrations all round today at ‘ICSA’ accredited ‘The School of Artisan Food‘, after the team won the title of Best British Cookery School in the first ever national Food and Drink Awards, which aired on ITV last night (9 February).

Alison Swan Parente, founder of the School in Nottinghamshire’s historic Welbeck estate, collected the award during the glittering ceremony that celebrated the very best of British gastronomy.

Actor and national treasure, Stephen Fry, hosted the awards ceremony at the Merchant Taylors’ Hall in London that showcased the high-achievers of the food and drink industry.
The awards, which were organised in association with Staysure and thefoodawards.com, were curated by a committee with a passion for fantastic British food. Among the winners, The School of Artisan Food was recognised for its contribution to teaching all aspects of artisan food production.

Alison Swan Parente MBE founder of The School of Artisan Food, said: “We are thrilled to receive this prestigious award. It is a real honour and we are proud to have been recognised for our dedication to the sharing an understanding and appreciation of quality, artisan food.”

“As a not-for profit organisation whose strong values and ethics around sustainability, bio-diversity and simple, healthy food inform everything we do, we pride ourselves on our many training courses for people of all skill levels. We particularly welcome the award at a time when the School is celebrating its 10th anniversary.”

“We felt thrilled to share a stage with such other winners as icon of the new British Food scene Fergus Henderson of St John, and up-and-coming chef James Ferguson.”

Last night’s programme also featured film clips of the winners as they told their stories of hard work, determination, willpower and success and, above all, the quality of their craft.

As part of a vibrant artisan food community on the Welbeck estate, the School often works in collaboration with its neighbours. They each share a passion for upholding an artisan tradition and celebrate the heritage of their craft through the careful sourcing of ingredients. The estate is home to Welbeck Bakehouse, Stichelton Dairy cheese made with milk from the estate’s own dairy herd, fresh raw milk from Welbeck Dairy, and handcrafted real ales from Welbeck Abbey Brewery. The produce is available within Welbeck Farm Shop in the Courtyard and features on the menus within The Harley Café.

The Food and Drink Awards 2020 was shown at 10.15pm on ITV1. Some of the key awards of the night include the Heritage Award, Best Organic Producer Award, A Life with Food, Most Unusual Location in Britain Award and Best Family Run Restaurant.

More details can be found at www.schoolofartisanfood.org

About The School of Artisan Food
Accredited by ‘ICSA’ for its consistent in Excellence of Cookery Skills and Training’ this not-for-profit organisation and registered charity is dedicated to teaching skills in all aspects of healthy, sustainable and artisan food production.

The School offers a unique environment for people of all skill levels to expand their knowledge through a wide range of short courses from baking and patisserie, cheesemaking, butchery and charcuterie, ice cream and chocolate making, to preserves, pie-making and brewing. The courses cater for all levels, from complete beginner to professionals. It also offers an accredited Advanced Diploma in Baking and professional business courses for new food start-ups and existing enterprises.

As a charity, the School works with voluntary organisations, schools and colleges, and community groups to provide opportunities to inspire and teach artisan food production skills.