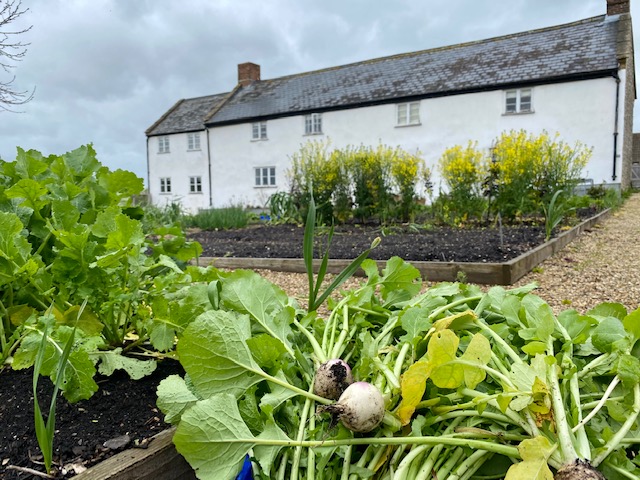 The Health Benefits of Eating Organic

Eating healthily isn’t a new concept, but it’s only really been in the last decade that we’ve become conscious about the relationship between our diet and our wellbeing. ICSA support and promotes organic food and seasonal eating where possible for inner health and well-being.

Since this month is Organic September, the Soil Association’s annual organic awareness campaign, we thought it was the perfect time to delve deeper into why it’s important to eat organic, and the impact it can have on our wellbeing.

So what exactly is organic food, and how can you be sure you’re buying produce that’s really organic?

DEFRA classifies organic food as the product of a farming system which avoids the use of man-made fertilisers, pesticides, growth regulators, livestock feed additives and any genetically modified organisms (GMOs).

The impact on our health

Pesticides have become important to world food production in the last half-century; they enable farmers to maximise crop yields and essentially produce more food. In a climate of growing food shortages, many countries and producers still rely on this approach.

But there’s no question that pesticides can be harmful to our wellbeing. The World Health Organisation warns that pesticides are not only toxic to humans but can have acute and chronic health effects. And that’s not all; research has shown that since the widespread use of pesticides, the content of vitamins and minerals in non-organic fruit and vegetable crops has plummeted.

Considering that we depend on these nutrients for our immune systems, it’s likely that by consistently eating non-organic food, we’re becoming unhealthier without even realising it.

When it comes to meat, livestock farmers must meet far higher standards of animal welfare to be called ‘organic’. Animals reared organically have the space to range and graze freely in pastures, with high standards of feed and bedding.

Unlike non-organically reared livestock, organic meat farming doesn’t routinely use antibiotics. This can also impact on our health; the overuse of antibiotics in non-organic meat is feared to lead to antibiotic resistance and the rise of superbugs.

These challenges, set against a backdrop of climate-related weather events, the ensuing effect on crop production and the subsequent impact on food supplies, means that time is running out for humanity to change its eating habits.

The Soil Association warns that “in the face of climate change, diet related ill-health and decline in wildlife, the need to change our food systems has never been greater.”

It’s natural, therefore, that we now expect the same organic produce to be used at the restaurants we dine in.

ICSA Cookery Schools partner with our members who also support organic food in their cookery courses where possible and sustainability including Hugh Fernley Whittingstall at River Cottage (pictured above), Daylesford Cookery School, and Eckington Manor School of Artisan Food,  to name a few. As well as organic farmers including William Chase of Willy’s ACV, who are each truly leading the way in creating healthy ingredients for cooking at home.

What to look out for when shopping for organic food.

When choosing a restaurant, look out for menus that change throughout the year to make the best use of what’s in season. Also look out for any references to the food’s provenance, or ask your waiter whether most of the food served comes from local suppliers.

By choosing restaurants who’ve made a commitment to using organic produce, you’ll not only enjoy better flavours – you’ll also be supporting local farmers and contributing to sustainability.

Be mindful on your weekly food shop, too. Under European law, only fruit, vegetables or produce that is 100% fertiliser-free and grown with an organic licence can be classed as ‘organic’ – so if it says organic on the label, it is.

You can also keep an eye out for the Soil Association logo if you want to be completely sure.

Have an Organic September and beyond!